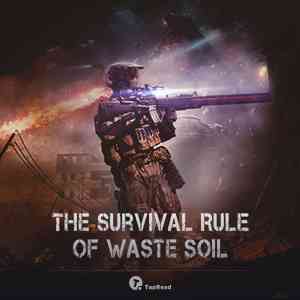 More than a hundred years had passed since a nuclear war destroyed most of humanity, and the rest of humanity had struggled in the post-war world. They killed each other for food and for their own safety. In addition to the calculations and killings from humans, they also had to face the brutal mutants. These mutants were ugly, huge and powerful. Faced with them, most people would die. I was a vagrant scavenger in the wilderness. My parents died and I was adopted by an old man. After the old man was framed and murdered, I began my wandering life alone. In order to survive, I lived with danger all the time. I hid in a dark basement, I learned to kill, and I learned to set warning devices. I did everything because I wanted to be alive. By chance, I learned about the gun team, Guns and Roses. In order to get more advanced weapons, I decided to complete some tasks for the gun team. After I successfully finished the first task, the captain of the gun team and their medical soldier invited me to join the gun team. But I was used to wandering on the Wasteland alone. Should I accept their invitation? It was hard to survive in this Wasteland which was full of calculation, monsters and killing, but I must survive by all means.