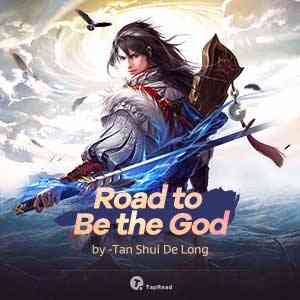 Lin Tian time-travel back to this strange world, where he is the son of the wealthiest family of Fengjian City, Beiyan Empire, an empire in Shifang Universe which appreciates martial cultivation. In this universe, there are ten layers of sky, each one connected with Portal of Time and Space. If one is powerful enough to get into the tenth layer, he will be able to live forever and become the Shifang God. Two years ago, Lin Tian’s parents went missing. Ignoring the old butler’s objection, Lin Tian insisted on having his fiancee Xiao Yun’s family help him run his family business. As a result, his family property was nibbled away by the Xiao family in two years. Now Lin Tian has nothing left, except for the Lin family’s mansion and his only family, his younger sister Lin Xi. On this day, the down-and-out Lin Tian runs into Xiao Yun and Mo Sen, a fellow from a famous martial family. Both sides are briefly stunned before Mo Sen actually beats Lin Tian up and brings him out of town before throwing him off the cliff. Fortunately, Lin Tian survives and finally walks back home. When Lin Tian gets home, he finds that Mo Sen’s servants are trying to rape Lin Xi. Furious, Lin Tian kills one of them with an iron sword he discovered in the cave at the foot of the cliff. For fear of retaliation, Lin Tian flees to the mountain with Lin Xi. On their way of escape, Mo Sen’s servants set fire on the Lin family’s mansion and the house is burned into ashes. Lin Tian wakes up from a shocking dream after he falls asleep leaning against a tree. However, he finds that the iron sword is gone, while a sword mark is left on his right palm, whose shape is exactly the same as that of the iron sword. From then on, he is never the same again… Jiuyang Martial Institution, the martial cultivation institution in Fengjian City, starts to recruit disciples from the public on this day. Lin Tian, with a new body, goes to take the entrance examination. During the test, he meets Mo Sen and Xiao Yun again… Will Lin Tian defeat them? Will he get everything back again?