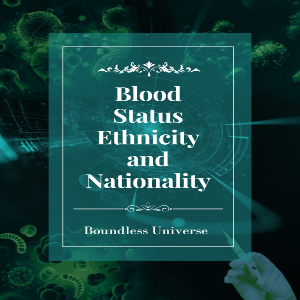 Daphne Yalle: When the great nation Neptune invades her land, Daphne's peaceful life soon changes drastically. And because she is a Neptunian-Plutonian - owns the same ethnicity as the Neptune invader country - Pluto residents hate her ethnicity very much it leads to a provoking conspiracy that traps her and her entire ethnic group as genocide victims. Fortunately, at the last moment, she was saved by Stairmount Rivers, one of the lecturers at her university. Stairmount's heroic actions immediately make Daphne fall in love with Stairmount, without realizing that the mysterious quiet man holds many secrets, some of which are even very dark and have the potential to bring Daphne to the deepest scrap of affliction. Stairmount "Schynn" Rivers: As a citizen of Jupiter descended from Saturn Country, it is very awkward for Stairmount as he can live legally in Pluto, especially since Pluto is at war. Yet, maybe he must be grateful for this 'awkward' destiny - so that he can save Daphne, that beautiful girl who captures his heart for the first time in his life. His deep love for her even leads him to be willing to risk his own life to save her. But the price for this love is too dreadful, as to pay for the consequence, he is then forced to sin against the land of his ancestors - with the lives of the people he loves as the captives to force him to commit this unforgivable sin. This is an original novel of myself, not a translated work. This is a work of fiction. Names, characters, countries, ethnic names, institutions, agencies, organizations, businesses, as well as the events, issues, and incidents produced from those issues are either the products of the author’s imagination or used in a fictitious manner. Any resemblance to actual persons, living or dead, or actual events, issues, and incidents is purely coincidental. Twitter: boundlessuniv8 Tumblr: theuniverseisboundless Ko-fi: boundlessuniverse