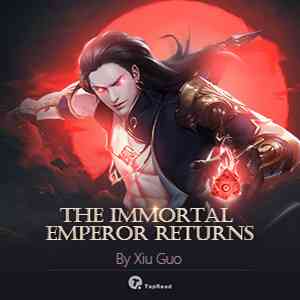 A lifetime ago, Chu Xun was shackled and thrown in jail on false charges. For three whole years, he suffered extraordinary torment from his cellmates every day. Even though he had escaped death many times, he still died from his cellmates' fists the day before he was to be released. After death, Chu Xun transmigrated to a different world of cultivation, where cultivation was the one true path. Carrying the weight of his hatred, Chu Xun began to cultivate in hopes of becoming an Immortal Emperor, who could manipulate heaven and earth and travel through time. After painstaking cultivation of three thousand years, he succeeded. Then he sacrificed all his cultivation without hesitation and returned to the day before he was to be released. This life, he wanted to find out the truth and the one behind his murder in last life. He would continue to cultivate and strengthen himself so that the tragedy would not repeat itself. He wanted to master his own destiny. In this life, what people would Chu Xun encounter and what experience of love and hate would he have with them? What difficulties would he encounter and how would he overcome? The answer is the book.