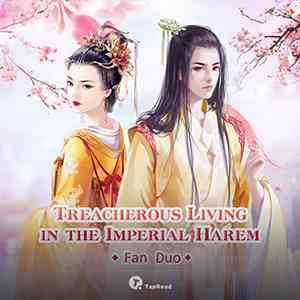 There were such a group of people living in the Imperial Harem: Empress Dowager, grasping great power in her hand and observing others in the Imperial Harem indifferently; Queen Mother Ji, the late Emperor’s first wife, focusing on supporting her relatives to grab powers in the imperial court; Queen Mother Yuan, legal mother of the Emperor, being patient and cautious all the time and bearing various plots in her mind; Queen Mother Qu, the Emperor’s biological mother, living a secluded life with nobody knowing her thoughts; the nominal Emperor, with no real power in his hand; and Consorts and Concubines sharing different backgrounds gathering in the Imperial Harem. Among them, Yun Fenghuang was nothing but a powerless one with no family background. Joining the Imperial Harem as a little Bao Lin at the beginning, was she able to survive to the end? Would the Emperor be willing to govern the country nominally? With so many powerful women and resourceful weak ones in this place, you could expect nothing but unheard treacherous living stories like intrigues, plots, frauds, and conspiracies. Go find out the details.