ARAM: A Roommate A Mistress - Romance - Tapread webnovel - Your Fictional Stories Hub
NOVEL
COMIC
Search…
GET THE APP
BE AN AUTHOR
SHELF 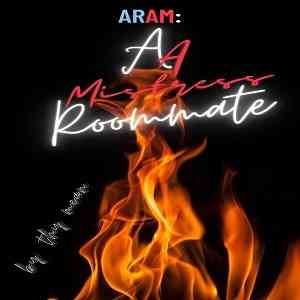 "There is a fine line between disappointment and discouragement. There lies my path of life. I can only be disappointed but, I am not allowed to be discouraged!" - Kieth Winters Deceived by a man whom she thought is a bachelor, 19-year-old Kieth Winters decided to step down from the elite society she had grown. She needs to avoid the possible scandal of such deception. The man she believed was a loving boyfriend is married! If this news would come out, Kieth's prestigious family will be implicated by her ignorance! Jefferson Wang, an outcast of a wealthy family posted an online ad looking for a roommate in his apartment to cut off some of his expenses. Kieth applied for the vacancy. Unbeknownst to Jeff, the person he accepted is a girl! A misunderstanding occurred. When Jeff's long time girlfriend got jealous of the new roommate, she dumped him. Poor Jeff, he had determined to make things even with the new girl. On the course of revenge comes the arousal of new desires. He started craving to taste her. Desire so strong to own her. "By all means, Kieth is mine." - Jefferson Wang