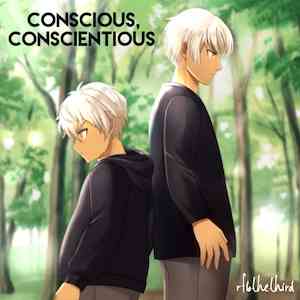 If Deon could spend his life pitting his powers against all kinds of opponents in all kinds of places, he would. But he can't. Instead, he's trapped inside his impressively boring village. Then one night, after he and his cousin Lammy share an oddly vivid dream, that all changes... ...And they find themselves in a Multiverse far stranger, and more dangerous, than they could have ever imagined: one filled with diverse mind-based powers, countries defined by genre, and ambitions both humble and vicious. (New chapters every Friday!) ~ This story has theme music! Check out the first theme EP, "Conscious, Conscientious 1" by Circlebrooke, wherever you stream music or at circlebrooke.bandcamp.com