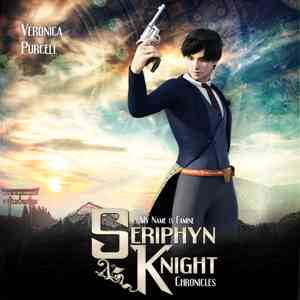 "I'll find a way to save my brother. Do whatever the hell you want. I'm stealing your guns." Famine is a man determined to save his three brothers after they were tragically separated when a magical fire destroyed their monastery home. He finds himself in a foreign city called Apocalypse. There he falls in with the Evadale Knight Order security group, which guards the Hell's Labyrinth prison facility. The prison's system goes haywire upon his arrival. Amongst prison chaos, Famine learns that his missing brothers are somewhere within the area. He'd do anything to save and reunite his family. Even if it meant fighting malignant redback spiders and a mind-sucking demon. The fights he faces may be more than he can handle. The Seriphyn Knight Chronicles. It begins. *** [An unorthodox experience]*** *** [Book Volumes Posted] *** 1.Zaldizko - Completed: 2.The Fourth Zaldizko - In progress: *** [MA 17+] *** NB: Any chapter suffixed [BL] indicates a boy's love moment is within it. It's brief and not explicit. Or if it's explicit, it's flagged as such.