HOME
NOVEL
COMIC
Search…
GET THE APP
BE AN AUTHOR
SUBSCRIBE 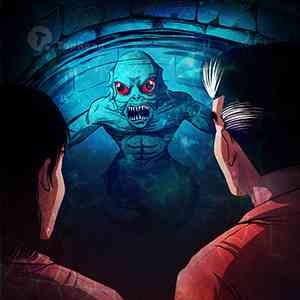 During the period of the Republic of China, wars were frequent, and the warlords set up many separatist regimes by force of arms. Monsters, ghosts and demons took advantage of the opportunity to bring disaster to the society. Uncle Qi, the heir to the Sackcloth Sect among the four Taoist Master Sects, lived the hermit’s life in Qingshui Town with his disciples, Ma Sihai and Jiang, to protect that area. At the same time, the appearance of the Qingnang Death Encyclopedia left by the Immortal of Corpses Wang Li, the founder of the Taoist Master Sects, has attracted various kinds of ghosts and monsters to fight, among which there were some so-called just men as well. Because the magics recorded in the Qingnang Death Encyclopedia could not only control gods, demons and monsters, but also help humans get immortality! Let’s see how uncle Qi and his disciples eliminated ghosts and monsters and defended traditional moral principles in troubled times, and find out how the unscrupulous playboy, Ma Sihai, turned into the last Taoist master who killed all evil beings around the world.