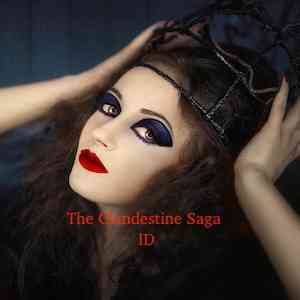 If vampires aren't real, what did she just kill? Cadence Findley never gave much thought to vampires until one night when a dark encounter changed her life forever. When her friend is lured into the woods by a stranger with steel-gray eyes and pale skin, Cadence instinctively knows he is dangerous, so she follows at a distance. Moments later, she finds herself all alone with his decapitated head--and her friend's body at her feet. Except she's not really alone. A mysterious man appears out of nowhere and insists she runs. The monster has friends--the blood sucking kind. And now, they are coming for her. Swept into a world full of creatures she never dreamed existed, Cadence is left with a choice. Can she outrun the clan of vampires who've marked her for death, or should she follow the advice of the sexy man in black who warned her in the woods and now insists she transform into a vampire hunter? Will Cadence escape the bloodsuckers on her tail as she enters the secret world of vampires and guardians, hunters and hybrids? Book 9, Termination, the final book in the series, is now available.