God of Medicine: the National Guardian - Urban - Tapread webnovel - Your Fictional Stories Hub
NOVEL
COMIC
Search…
GET THE APP
BE AN AUTHOR
SHELF 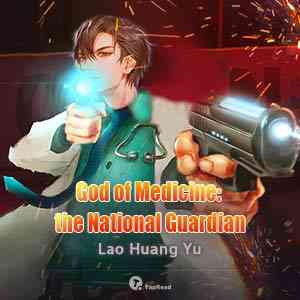 Five years ago, Lin Hao was framed up and kicked out of his family for his true love, reduced to a powerless man who had been hunted down by his brother since then. However, he grasped a slim chance of survival and returned to power: being rescued by a master on the verge of death and learning Traditional Medicine from him. Five years later, he defeated all Gods of War in eight counties, earning the reputation of Holy Invincible God of War. In the meantime, he was also the renowned Medical Sage who could cure dying patients and whom everyone worshiped. To treat his seriously ill daughter, Lin Hao came back to his motherland, where he had to be wary of family members who always plotted against him and enemies from foreign countries who hadn’t stopped persecuting him at the same time. So let’s join this journey with Lin Hao to slay enemies, protect his love, and tide over all crises.