When Starlight Falls, When You Wake Up - Fantasy - Tapread webnovel - Your Fictional Stories Hub
NOVEL
COMIC
Search…
GET THE APP
BE AN AUTHOR
SHELF 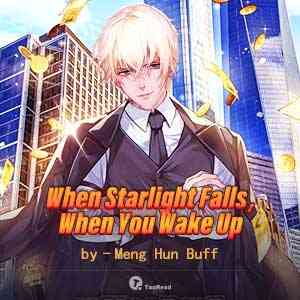 Mu Yunfei has a lot of titles: the young master of the wealthy Mu family, the genius, the president of a huge game company… Just like any 18-year-old, he wants to get into M University, one of the top universities in the world. Everything is going smoothly during the entrance examination, and he amazes all the other candidates, whether in the speed or the accuracy during the test. However, he gives the wrong answer to the last question of the exam, which is, "Do you think there’s super power in this world?" ... The five-element universe is composed of five planets, the Ice Planet, the Wind Planet, the Fire Planet, the Thunder Planet, and the Soil Planet, also called the earth, which is the fusion of the five elements. Since the Wind Planet and the Fire Planet form an alliance with each other and are trying to get away from the control of the Star Elders, a war breaks out. The Ice Planet is totally captured, while the Thunder Planet has to fight in defence of itself. Desperately, Nana, the granddaughter of the Star Elder of the Ice Planet, is sent to the earth under the guidance of Star Power, to look for the only one who is able to contend against the vicious power. And that one, is Mu Yunfei.