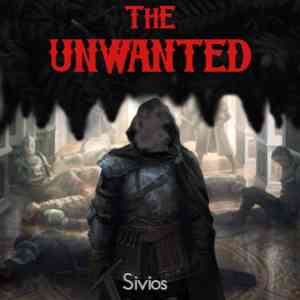 NEW CHAPTER EVERY DAY Discord: https://discord.gg/pSdAwJVnDw In 2030, two planets collided; Earth and a planet filled with magic called Lumina. Since then, billions died due to a surge in monsters, refugees were scattered around the world and new countries were formed. Lumina's magic met Earth's technology and soon cities began to form adventurers and armies to combat the ever-growing presence of monsters. However, this leaves thousands displaced, millions of people live in poverty, the poor only get poorer and the rich get richer. This story takes place 30 years after this event which would come to be known as the Great Merge. It follows a group who work as elite mercenaries for an organistion called Unwanted. The Unwanted take in those thrown out from society, young or old, it didn't matter. Those that were chosen were selected for their special skills, many of them orpahns, discarded nobles, slaves- they were deemed disposbale from the various cities they lived in. However, the Unwanted operate solely as a tool for the elite and the cities they operated in, they fight wars, clear dungeons, kill mad kings/monsters, etc. The main charcater who you will come to know his name is one of these Unwanted, and within his team are other people like him. They are all strong and went through the gruelling training process and now they operate as field agents. Follow them as they under go missions and experience life. Warning: Extreme Gore, Sexual Content, Only for Mature Audiences. Note: This is a light LitRPG story with a main focus on the story but some aspects on the system. Expect releases every two days, I am not looking to create a story with limited words for each chapter, only writing the story as I go. Chapters contain 1500-4000 words. I have 100s of chapters in my backlog from writing this whenever I got a chance due to work and covid. I am an amateur writer who loves to spend my free time wiritng so please do not expect anything proffessional.