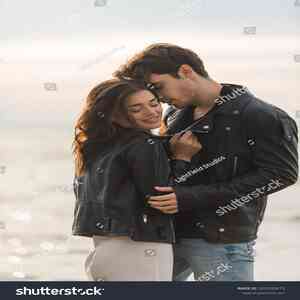 Vian who is an idol meets Karin in misfortune. Intending to take revenge, Vian then admired Karin. Even so, Karin actually emphasized to him that their relationship was just friendship. On the other hand, Edwin who is Karin's colleague is jealous of Vian's presence. In a debate, Edwin actually expelled Karin. After Karin left her job, Anna, who had always liked Edwin, continued to approach the man, but Edwin's feelings remained for Karin, but Karin still didn't want to go back to work for him. Vian still employs Karin and his feelings deepen, making Cindy jealous. Karin, who was worried about the hatred she received from Vian's fans who didn't like her, decided not to work for the man anymore. He then works for Matthew, Vian's fellow artist and career rival, which makes Vian and Edwin. The playboy Matthew tries to seduce Karin, but Karin only sees him as a friend. After working for Matthew, Karin returns home and reconciles with Silvi, who had previously quarreled with her for not agreeing to Karin working for Matthew. Karin then works for Mrs. Choi who turns out to be none other than Vian's mother. Mrs. Choi likes Karin and wants to match the girl with Vian, but Vian still misunderstands Karin and Matthew's relationship. Because of Vian's mother's illness, Karin and Vian agree to get married. Their love blossomed. Karin even took the risk to establish a relationship with Vian. Unfortunately their relationship was then ruined by a misunderstanding. Karin then left even though she was pregnant. Vian who was looking for got into an accident and lost his memory about Karin.