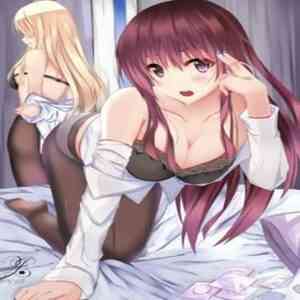 Aiden Alexander Maddox was never what you'd call a 'good guy'. With his hobbies including, but not limited to, clubbing, drinking, fighting, doing drugs, and occasionally accidentally seducing another man's wife and snorting said drugs off their asses, he was far from perfect. But being punted into an alternate universe after dying and told by a mysterious biker gang-looking 'Angel' that he's got to assume a new name--not to mention a new body--and live in a completely alien world full of 'roided up super teens with powers straight out of a novel... well, it's hard to say he deserved all that. The worst part? Trying to survive the women. Old habits die hard. Sadly, he dies quite easily.