Deceive me, Marry me - Romance - Tapread webnovel - Your Fictional Stories Hub
NOVEL
COMIC
Search…
GET THE APP
BE AN AUTHOR
SHELF 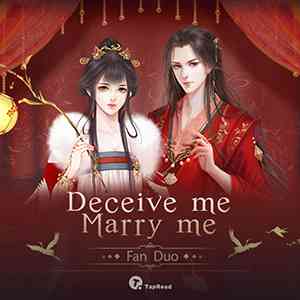 She is a beloved daughter whose mother is the official wife. Her father tries every means to marry that young lady and once makes an oath that he will always love his wife. However, one day, he brings back a 17-year-old boy and calls him son who has a beautiful face but is actually cunning and foxy. The boy she likes is actually a playboy under the disguise of the Prince Charming. The young promising political star, with pretty appearance, loves nothing but her father’s money. Is it really a relaxing and sweet story? What’s the real name of that son of a mistress? What will happen between the sister and brother?