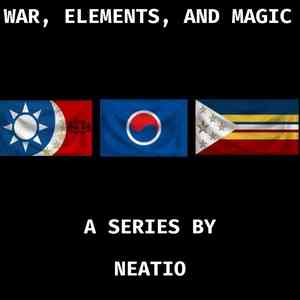 Despite years and years of conflict, and deaths reaching beyond what the mind can even fathom, the world continues to wage war amongst themselves. Those in power wish seem to wish for peace but are not willing to give any concessions at the same time. The nations of the world, such as Tufe; a nation with infinite spells to victory, Rikta; a nation able to bend the elements to their will, and Oslionia; whose ingenuity is their source of pride, each feel as if they still have everything to gain and nothing to lose. The seemingly impossible question then for this world is has become this; Can a world that seems to be built on war, know peace?