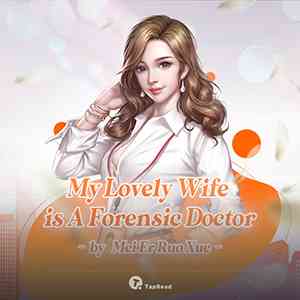 Mu Yu, the new forensic doctor, and Qin Jinhuan, the CEO of Qing Tian Group, who always has something under his sleeves, have run into each other by chance. At once, ambiguous rendezvous starts to take place, and rumors spread like wildfire, which leads to a contract marriage between them. In the end, Mu Yu can no longer take it and decides to flee, but to her horror, she ends up getting herself involved in a serial homicide case. As she finds herself getting more entangled in this complicated case, things look like they’re getting deadly. With no one for her to depend on, she has no choice but to go back to Qin Jinhuan and rely on him for his connection and protection. With Qin Jinhuan’s continual attempts at trying to tease and seduce her, will Mu Yu be able to resist the charms of her sexy ‘fake’ husband? With such an attractive yet wicked man constantly around her, will she be able to solve the homicide case in time and catch the serial killer before another victim appears?