Please Sign: Your Runaway Wife Has Been Captured - Games - Tapread webnovel - Your Fictional Stories Hub
NOVEL
COMIC
Search…
GET THE APP
BE AN AUTHOR
SHELF 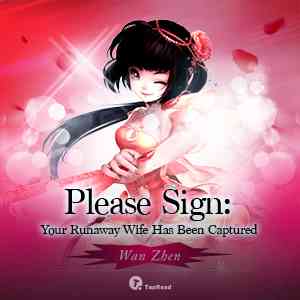 Zheng Xiaoguang was a huge fan of online games. Although she did not have much money to splash out on the games, she had a big brother to take care of her. With the help of her capable big brother, she always enjoyed herself when exploring the gaming world. One day, his big brother suddenly allied himself with another powerful and rich player Bluegreen-Clad, the gang boss of the League of Strong Families, and married her off to this Bluegreen-Clad without telling her beforehand. At first, she thought gleefully, "Well, lucky me. Bluegreen-Clad has been voted The Most Desirable Husband and Most Desirable Lover by the female players of this zone. By marrying him in the game and going around with the attractive title 'Bluegreen-Clad's wife', I'll surely court a lot of envy." Beyond her expectations, she got a lot more than that. She quickly became the target of malicious envy and the common enemy of nearly all the female players on the server Watery South. Gradually, a rumor went around. Zheng Xiaoguang was stunned and wondered, “What? It looks like that I am not a lucky heroin of a romantic story but a vicious girl who has stolen someone else’s finance."