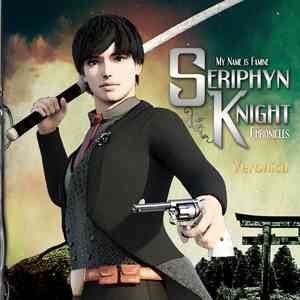 "I'll find a way to save my brother. Do whatever the hell you want. I'm stealing your guns." Famine is a man determined to save his three kidnapped brothers. In doing so, he must make a choice that would determine a continued fate in his world called Sol. This is his saga. The Seriphyn Knight Chronicles. It begins. ----- Book No.3 ---- "The hurt must be repaid tenfold. For my brothers, I will fight for their lives. We will reclaim what was stolen from us. This I swear!" Kidnapped from his idyllic monastery mountain home called Gat Shiem. Cruelly separated from his beloved brothers. Pestilence has to fight his way back to them, as he survives the demonic prison system called Hell's Labyrinth. The closer he is to being reunited with them, the deeper he falls into Hell's Labyrinth's trap that is the City of Nightmares. His chances for survival are severely reduced.  The strength of his spirit, will and humanity are tested. Book No.3 of Seriphyn Knight is a fast-pace action told from Pesti's perspective that may not suit the fainthearted. 😈 - Book Volumes - 😈 [1. Zaldizko] Famine POV- [2. The Fourth Zaldizko] Famine POV- [3. Siren's Scourge] Pesti POV- *** [MA 17+] *** Any chapter suffixed [BL] indicates a boy's love moment is within it. It's brief and not explicit. Or if it's explicit, it's flagged as such. *** [Music Playlist] *** https://tinyurl.com/sirenscourgeplay